Did Your Lead Flow Die with the June, Aug., Sept., or Oct. Google Updates?

Did your lead flow from Google die at the end of May/Early June, Aug., Sept. or Oct.?

If so, you were likely dropped in Google by the most recent Google updates. Some of these were the most impactful Google updates that we’ve seen since Dec 2019.

We’ve been taking in and successfully repairing many, many dropped SEO programs since June, at least 50 recovered go date.

Look at the graph below. You can see where the first Late May/Early June update killed an incoming SEO program, and dropped almost all of their rankings. The second spike up is where we recovered the program, and subsequently, recovered their lead flow. 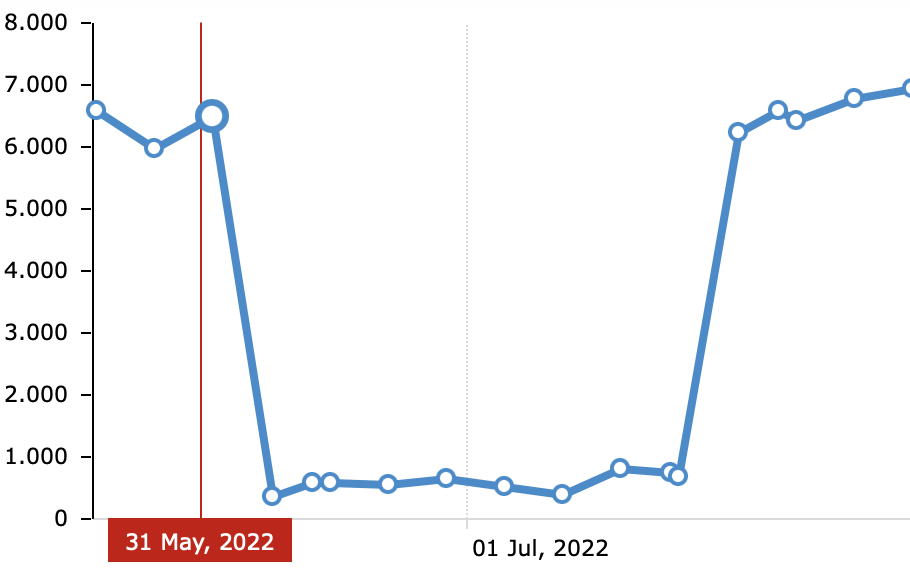